New Delhi: In the first elections after the government’s demonetisation, the BJP on Tuesday won by-polls in Assam, Arunachal Pradesh and Madhya Pradesh while the Trinamool Congress, one of the most bitter critics of the currency spike, triumphed in West Bengal.

The AIADMK swept all three assembly constituencies in Tamil Nadu and the ruling CPI-M-led Left Front in Tripura wrested one seat from the Congress and retained another. The Congress’ lone success came in Puducherry.

By-elections for the 10 assembly and four Lok Sabha constituencies in the states and Puducherry were held on Saturday.

BJP candidate Pradan Baruah won the Lakhimpur Lok Sabha seat in Assam that was vacated by Sarbananda Sonowal after he became the Chief Minister. The ruling party’s Mansing Rongpi won the Baithalangso assembly seat, where the Congress candidate, who had won in May, joined the BJP.

“The people of India are with Modi,” Parliamentary Affairs Minister Ananth Kumar said in the Lok Sabha.

But Chief Minister Mamata Banerjee, an opponent of the demonetisation that has led to a massive cash crunch, said the landslide victory of her Trinamool Congress in West Bengal was “people’s revolt” against New Delhi.

“People have revolted. This is symbolic. It is a vote against demonetisation. In a democracy, people vent their anger through votes,” Banerjee said after the Trinamool won the Monteshwar assembly seat and Lok Sabha constituencies of Coochbehar and Tamluk.

The ruling AIADMK, which has also denounced the demonetisation, swept the by-polls in Tamil Nadu where elections were held for Thanjavur, Aravakurichi and Thirupparankundram assembly seats, whihc went to M. Rengasamy, Senthil Balaji and A.K. Bose respectively.

In Tripura, the ruling Communist Party of India-Marxist (CPI-M), which has disparaged the government for spiking the currency, wrested the Barjala and retained the Khowai assembly seats.

In Puducherry, Chief Minister V. Narayanasamy won the Nellithope seat in a consolatory victory for the Congress.

Narayanasamy, who had to get elected to the house within six months of taking office, trounced his nearest AIADMK rival.

In fact, the three top movies with the highest grossing opening weekends of all time, Marvel’s Avengers, Avengers: Age of Ultron and Iron Man cheap jerseys 3. After the team drills, players return to their locker room for their final mental preparations. And when the game was on the line, and the comeback was in its full throes, the Ravens got one in a series of bad calls to go their way. Use sharp bypass loppers or a pruning saw, and sterilize the blades with household disinfectant before and after you prune. However, we prefer to invest in companies on the basis of their underlying fundamentals and valuation (not on the prospects of a buyout), and we’d only grow interested in Big 5 under $7 per share, the low end of our fair value range.. But a friend of mine who was just as good was not picked.” In order to solve that problem, Ved and a few friends developed a site where players could upload information about their experience and performance, doing specifically for cricket Cheap NFL Jerseys China what LinkedIn does for any cheap football jerseys profession.. The red dots represent location of CSMN, and the green arrow depicts the location of AAV injection. That doesn’t bode well for a date with a Pittsburgh Steelers team that has made it a habit of winning Super Bowls from the Nos. In addition, players who had the biggest changes in white matter had the worst performance on postseason tests of verbal learning and memory.. I consider it one of the few really great new ideas cable has had in a while, and I made sure I’d have it. She finally escaped by getting herself arrested.. All right, so let’s get into this. So I Wholesale NFL Jerseys wouldn’t be shocked to see them pick up a win. Published in 1940, the The Power and the Glory is set in Mexico during the 1930s. New Zealanders have a sense of entitlement; when things go wrong, it’s their Key given right to be bailed out by taxpayers everything from leaky homes, through to South Canterbury Finance, Pike River and The Hobbit.The Nats have done a good job keeping Labour’s promises, being nice and kind to tertiary students and oldies while workers starve.Trouble is, a vacuum exists where there should be a big stud muffin in Parliament, some hunk of a party neither left wing nor right wing which makes us sit cheap oakleys up and take notice of realities, like this country is running out of money fast.Actually, it has run out of money it’s borrowing $300 million a week to stay afloat while sitting on $52 billion of commercial assets which, in general, only deliver a return to taxpayers of 4 per cent. 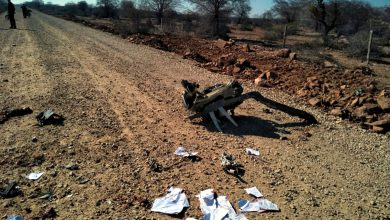