India’s Thomas Cup victory sent some seismic waves through South-East Asian powerhouses and European big daddies of badminton. India can chuckle a tad and wink a bit this week, or have the proverbial last laugh. But there was a hint of a scoff and grudging respect as Malaysia, Denmark and Indonesia came to terms with being handed losses the first-time finals in the 2022 edition.
Here are some snatches of the fallout that erupted in two proud shuttle nations from the straits, and the Scandinavian behemoth boasting of Olympic champ Viktor Axelsen.
Taufik lets it rip
Indonesian legend and universal favourite Taufik Hidayat, couldn’t hold back an almighty rant when he took to Instagram to post his thoughts under a video of a glum looking team clutching their silvers on the podium.
The 2000 & 2002 Thomas Cup champ had found a scapegoat in the singles coach – with the classic gripe: Where is the coach!?
His post read (translated): “Team Thomas Cup. Thank you for reaching the best possible position of a final. Surely, they are disappointed with this defeat, but one thing is to be noted always: it’s a mental, physical battle… and where is the Indonesian men’s singles coach? Does Indonesia not have a better and more qualified coach? How long do you want this to last, PBSI?” Addressing the federation, Indonesia’s last Olympic singles champion tore into the incumbent, after Anthony Ginting and Jonatan Chrie had lost their matches.

This soon turned into a ‘Who’s wiser?’ scrap as a social media follower compared his bruising tone to the more restrained reaction from Malaysian Lee Chong Wei, who basically urged patience while the Malaysians rebuilt their side. Not unlike India and Pakan who both lose and then snipe at each other while a third country wins at cricket, Indonesian and Malaysian fans started venting against each other, much like the famous rivalry of the 1970s.
Indonesia singles coach under fire
Indonesia’s singles coach Irwansyah did cop criticism the day after, though moving images of him consoling Ginting and Chrie, and his efforts to help make the finals seemed to have earned him a longer rope. Detik Sport quoted him as saying, “The players in the future will be given more opportunities to appear in international championships. This is part of the regeneration process.”
Doubles coach Herry Iman had a more rousing defence of his troops: “We have to accept this defeat as part of the learning process. Last year we won, we are happy. This time we lost, so we have to accept it,” Detik quoted the coach nicknamed the Fire Dragon. “Defeat should not make us dissolve in sadness. But we must rise again to look to the future. Whatever the result, India deserve to be congratulated,” said Herry.
The King mourns
Liem Swie King, a contemporary of Prakash Padukone with many storied battles, lamented the loss to India, in what was a disbelieving tone. Detik quoted him wondering: “Three Indonesian players were ranked below Anthony Ginting & Co. In fact, based on the track record of the two countries’ meetings, Indonesia was supposed to have been quite dominating. But that advantage was not utilised the defending champions. Yes, it must be evaluated why we lost. The performance until the final was extraordinary. I didn’t think that I would lose to India!” the 1976, ’79 and ’84 Thomas Cup champ exclaimed. “Yes, that’s right, India is also good, I just didn’t think it was… with this hory, that they can win in the Thomas Cup. Physically (Indonesian players must) improve (because) every time they play three games, they lose a lot,” said Liem. “(So) you can’t just have skills, it must be complete play,” he stressed.

HORY SCRIPTED 🥺❤️
Pure show of grit and determination & India becomes the #ThomasCup champion for the 1️⃣st time in style, beating 14 times champions Indonesia 🇮🇩 3-0 in the finals 😎
It’s coming home! 🏻#TUC2022#ThomasCup2022#ThomasUberCups#IndiaontheRise#Badminton pic.twitter.com/GQ9pQmsSvP
— BAI Media (@BAI_Media) May 15, 2022
Nasty nickname
Chirag Shetty, who was a thorn in the flesh of Mohammad Ahsan and Kevin Sanjaya Sukamuljo, found himself on the dartboard of Indonesian netizens, after his pumped-up face was captured in a photograph, staring at the sole Minion. Manning the net with aggressive energy, Shetty had clearly rattled the fancied pairing as it wilted – or so Indonesian fans were convinced.
His swivel serve came in for more carping: they nicknamed him ‘Kang Delay’, the serve delayer. A loss in doubles for a country that boasts three pairings in the Top 10, including Nos. 1 and 2, was a whiplash on dazed Indonesian faces.
Kevin had earlier remarked about those tense moments: “In the second game, when they were leading 19-13, Indians played like they had nothing to lose. They were so hard to put down.”

🏆🌟
A picture worth framing! 🖼
📸: BWF#TUC2022#ThomasCup2022#ThomasUberCups#IndiaontheRise#Badminton pic.twitter.com/iO5b3Vs82Q
— BAI Media (@BAI_Media) May 15, 2022
Malaysia in soul-searching mode
Lee Chong Wei did ask for accountability though, speaking to Straits Times. But first was a compliment for Kidambi Srikanth and HS Prannoy, who handed Malaysia a 3-2 loss in the quarters. “I don’t think we would have stood a chance even if we fielded Daren (Liew). Srikanth was oozing with confidence, he was untouchable. Neither (Ng) Tze Yong or Daren could beat him.
“Jun Hao fared poorly against a more-experienced Prannoy. To win the Thomas Cup, it takes a collective effort from everyone in the team. We certainly need to improve our singles depth if we want to challenge for the title. Having been the singles coaching director for a few years now, (Wong) Choong Hann has to be held accountable and explain,” Lee told ST.
He proceeded to suggest an Indian style trial: “Perhaps, it’s time we looked into having a selection trial for the men’s singles in order to make it fair to all, especially with many independent players outside the national team.”
Malaysia’s team event special Chong Wei Feng added to ST: “India developed a huge pool of singles players, you got to give them credit. They have five singles in the world top 30 and more than 10 in the top 100.”
Boe hero; Hoi on backfoot
Denmark’s only bright spot in the finals was India’s doubles coach Mathias Boe, who told TV2 Sport: “I have to find my dance shoes and see if I can show them how to make a quiet and calm charming Viennese waltz.” Clearly the Dane couldn’t match step with the wild Bhangra and freestyle moves of Chirag & Co.

Elsewhere, national coach Jakob Høi, was left defending his decision to field Rasmus Gemke ahead of seasoned HK Vittinghus. “We’ve been in dreamland, and when you are, and it’s bursting, it’s hard to get up again. Respect for the boys on and off the field, but we were not good enough today,” he was quoted TV2 Sport, adding that India had negotiated conditions better. “No, I do not regret anything,” he stressed.
Gemke spoke of feeling wretched as Indians rushed onto the court to hug Prannoy. “It was hard to stand in there when the Indians stormed onto the field, and I knew it was over,” he said. 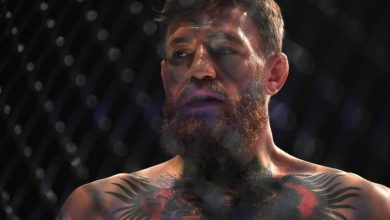 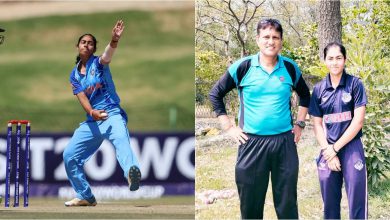 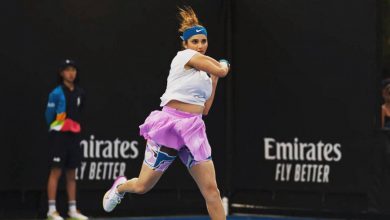 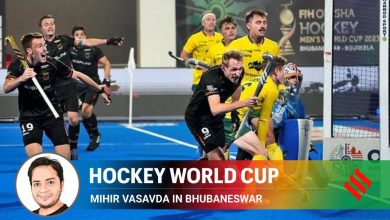